Choosing the perfect accommodation is very important for a successful birding trip in Costa Rica. Home to more than 900 species of birds, birding is a great opportunity in the country, however for a visitor it is important to manage the time and choose the proper places to bird as much of the country as possible and complete the check list with the target birds.

Taking into account the following criteria we have selected our favorite birding lodges and hotels, to experience the different birding regions and the hotspots in the most important ecosystems for birdlife encounters in Costa Rica.

-The lodge or hotel has to be inside of a protected preserve, having  gardens, open areas and forest trails. The number of birds in the lodge grounds is very important.

-Be part of local initiatives such as biological corridors, connecting the reserve with other private reserves or national parks. Migration routes, feeding and breeding areas.

-Location of the accommodations from local birding areas such as lakes, other reserves and national parks.

-Location in of one of the Important Bird Areas of Costa Rica (BirdLife).

-Verified services by the Costa Rica Tourist Board with international quality standards.

-Scopes, binoculars, raincoats and other equipment.

It is possible to bird all over the country, and in every corner, but according the described criteria, number of special birds and time to travel around, this is the the list of the best properties for a successful birding trip in Costa Rica. By birding all of this places and nearby, you will be able to find over 100 different species of birds a day, and visiting the whole hotels you will complete a big check list ranging between 350-500+ bird species.

The Caribbean Lowlands includes the Caribbean Coast, in this region the rainfall goes over 4000 mm (200″), the landscape is very plain, wide near Nicaragua and narrow toward the southern part bordering Panama, this region is characterized by the richest ecosystem of the world, the rainforest (tropical humid forest), and the major number of birds of the country. El Toro Waterfall & Juan Castro Blanco at the foothill of the central mountains, Braulio Carrillo & the Sarapiqui lowlands rainforest together are called the most accesible rainforest of the world. In the south Caribbean there are 2 large lowland valleys, La Estrella and Talamanca, still inhabited by indigenous communities. The coastal hills of this region are home of one of the biggest raptor migration in the world and the biggest migration of peregrine falcons of the planet. Home of some of the top national parks and protected rainforest including Tortuguero, Caño Negro, the Arenal Volcano, La Selva Biological Station, Maquenque, Cahuita, Kekoldi and the lower parts of Braulio Carrillo and La Amistad, the Caribbean lowlands host more than 600 species of birds.

Catarata del Toro: Located in the heart of El Toro & North Plains birding hotspots, this is the perfect core site to experience a mix of middle lands and caribbean lowlands range of birds. Housing the biggest waterfall in the country and very particular tropical humid and premontane forest this is a great hotspot specially for hummingbirds, including the endemic Coppery-headed emerald. Learn more… 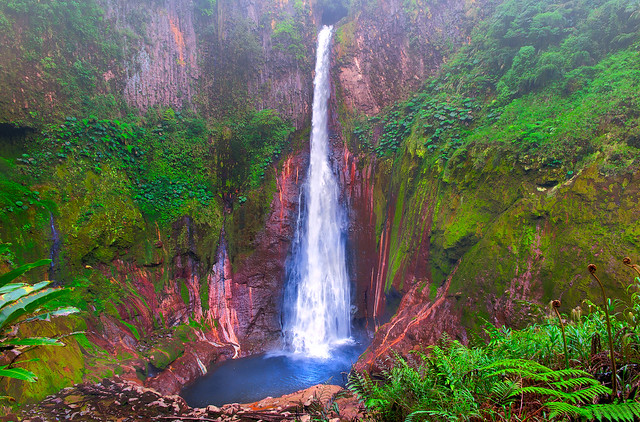 Rainforest Adventures Nature Lodge: Located next door to the Quebrada Gonzalez Ranger Station of the Braulio Carrillo National Park and near the Sarapiqui River basin, this is the greatest lodge for visiting the area. Highlights at this lodges includes the Great curassow, Bare-necked umbrella bird & the Yellow-eared toucanet. Local hotspots to visit from the lodge are: the in site trails and aerial tram, the Rangers Station trails (Quebrada Gozalez), La Selva Field Station, the Sarapiqui River, El Tapir garden, Jalapa lake & more. Learn more… 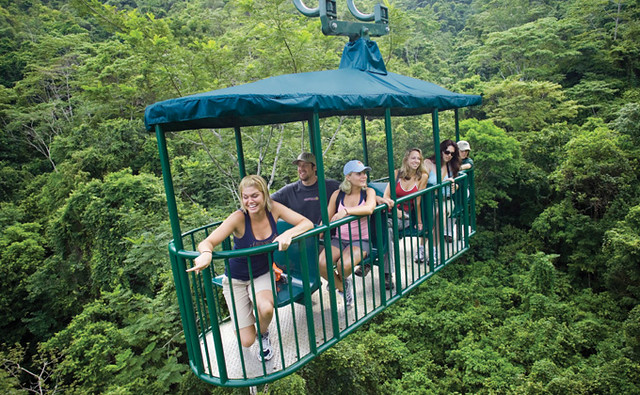 Selva Bananito Lodge: One of the legendary ecolodges of Costa Rica because of the sustainable practices, this is the birding lodge in the South Caribbean of the country. Very special birds including the rare Great jacamar have been reported here. This the gate to experience one of the biggest raptors migration in the world from the lodge or visiting the Kekoldi observatory. Learn more… 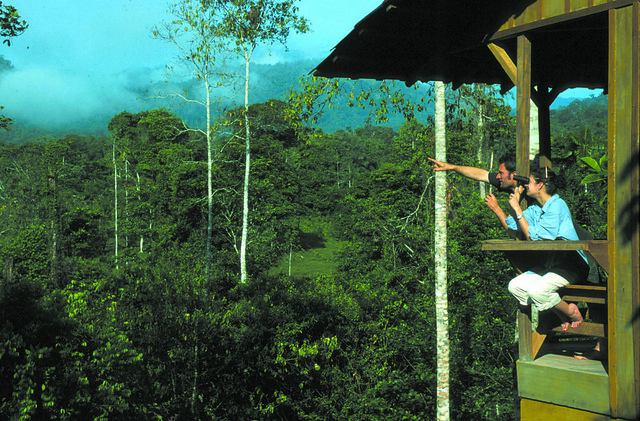 The highlands are a group mountain ranges, considered the backbone of Costa Rica, from Northwest to southwest. The northern part of the highlands is the Guanacaste mountain range, south is located the Tilaran mountain range, the Central Volcanic range and finally the Talamanca mountain range. The cloudforest makes of this eco-region a very special place for endemic species in areas such as Paraiso del Quetzal and El Paramo. The cloudforest is the shelter and home to one of the most beautiful birds of the world, the Resplendent Quetzal (Pharomachrus mocinno). In the highlands it is possible to find some of the most visited national parks of the country, including the Irazu Volcano, and also many other important protected areas, rich in birds and other wildlife such as, Tapanti, Los Quetzales national park, La Amistad national park, Turrialba volcano, Chirripo and Guayabo national monument. This region also includes Turrialba area, home of one of the most productive transitional rainforest to cloudforest ecosystems of the country.

Rancho Naturalista: This is the best spot for finding the Snoucap, the king of the birds in the Turrialba & Cartago hotspots. Rancho Naturalista is one of the most specialized birding lodges of the country, housing more than 450 species of birds in the reserve and boundaries. Local hotspots from Rancho includes: the Guayabo National Monument, Tuis River Valley, CATIE, Cerro Silencio Foothill, Irazu Volcano, Tapanti and many other locations. Learn more… 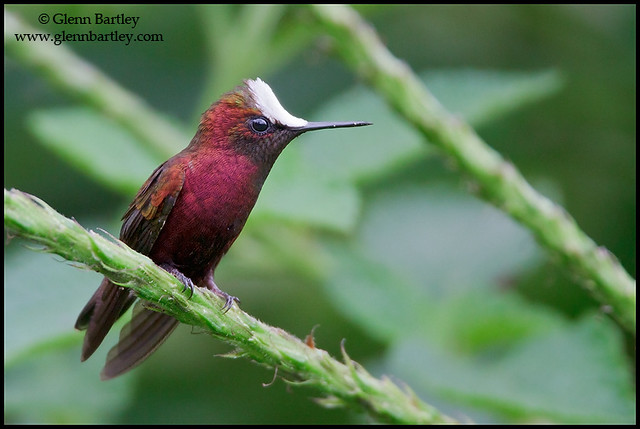 Paraiso del Quetzal: Resplendent quetzal is the best way to describe this lodge. Located in the Talamanca Highlands this the best place to meet also other specials of the region including Fiery-throat hummingbird, Volcano hummingbird, Long-tailed silky flycatcher, Emerald toucanet, Volcano Junco and Timberline wren. This lisge is very recognized for the quetzals conservation initiative. Learn more…

The Central and Souther Pacific Lowlands hosts some of the most important remnants of virgin rainforest (tropical humid forest) in Central America, by first sight the rainforest of the south is similar to the one from the Caribbean Lowlands, but with a deep sight it is easy to notice the great variability of flora and fauna between both eco-regions. In the Osa Peninsula is located Corcovado national park, the most intense places in terms of biodiversity of the planet according to National Geographic. The peninsula is also an endemism area for birds, plants and other wildlife. Besides Corcovado and Carara, there are some other important protected areas and birding and wildlife hotspots in the area including Manuel Antonio National Park, Ballena Marine National Park, Cano Island biological reserve, Valle de El General, Piedras Blancas and Tarcoles river.

Esquinas Rainforest Lodge: Located in the Piedras Blancas National Park near La Gamba, this is the perfect place to get close to one of the Costa Rica’s endemics, the famous Black-cheeked ant tanager. From Esquinas it is possible to visit the Golfo Dulce and Corcovado National Park in the Osa Peninsula. Learn more… 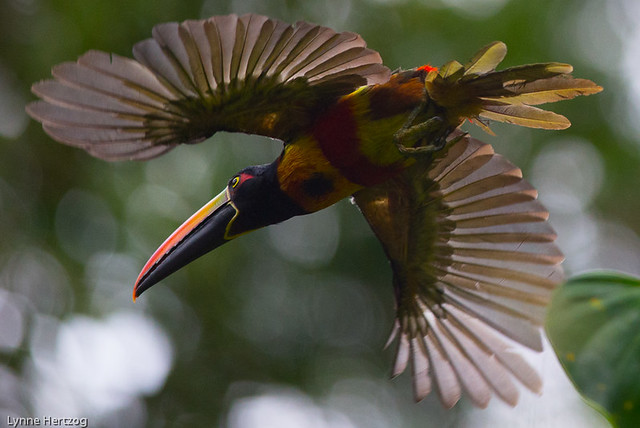 Hotel Cristal Ballena: With one of the most breathtaking views to the pacific ocean, in front of the Ballena Marine National Park, this is the perfect hotel to experience birding in the Costa Ballena area and Valle de El General as well. Local hotspots to visit from Cristal Ballena are the Terraba-Sierpe wetlands in search for the Yellow-billed cotinga, The Caño Island Biological Reserve, the Ballena Marine National Park, Los Cusingos Wildlife Refuge, Hacienda Baru and more. Highlights here are the Baird´s trogon, Fiery-billed aracari and King vulture. Learn more… 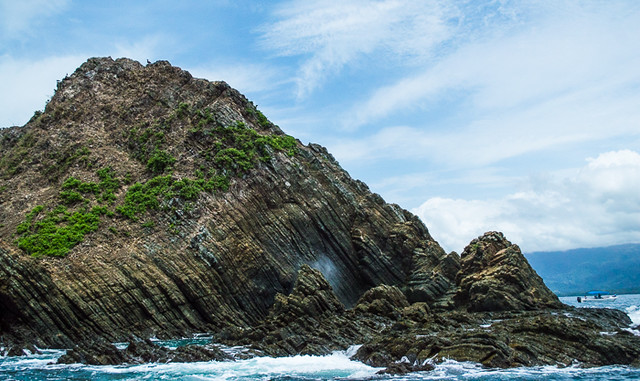 Macaw Lodge: The exclusive ecolodge is located literally in the middle of the transitional forest of the Carara & Turrubares hills birding hotspots. In the area it is possible to find more than 500 species of birds including the famous Scarlet macaw, Blue-crowned manakin and the Orange-collared manakin. Learn more… 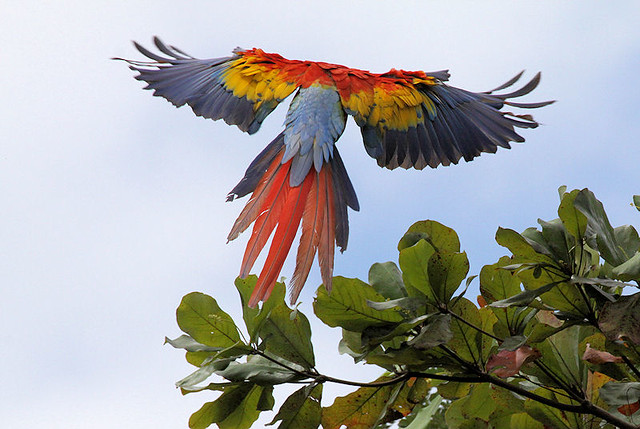 The North Pacific is the driest side of Casta Rica and the last part of the Mesoamerican dry forest. The dry season last here over 6 months. In the surroundings of the Nicoya Gulf and basin of Tempisque rivers, the lands is plain, broken in some areas by limestone hills. The natural flora of the region is mainly deciduous forest (most of trees and shrubs lost the leaves in dry season), in the bottom of the rivers the forest is evergreen. This region is popular for it’s beaches including Quizales & Tambor, also for the water birds, the mystical rare and endangered Jabiru, also the wetlands and mangrove areas of Palo Verde National Park, where the wildlife is only meters of the visitor.

Rancho Humo Estancia: One of the biggest wetland preserves of the country is the location of this hotel, sharing boundaries with the Palo Verde National Park, this is one of the most intense places for water birds in the country. It is possible to visit Palo Verde and the boundaries of the reserve by boat. Rancho humo is also a stop during the migration of ducks from North America to Central and South America. Learn more…

Hotel Tango Mar: Overlooking Quizales beach in the Nicoya Peninsula, this is perfect place to combine birding in the dry forest and marine ecosystem. Birds such as the Long-tailed manakin and the Three-wattled bell birds, are part of the stunners to find in the hotel and local birding hostposts (Cabo Blanco, Curu Reserve, Tambor Bay & Nicoya Gulf Islands). Learn more… 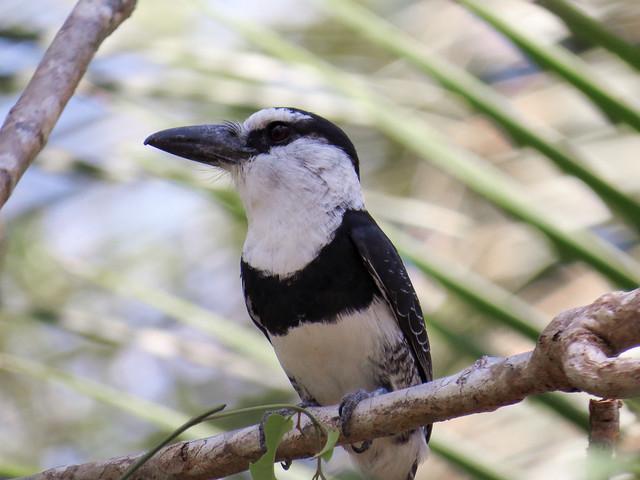 Hacienda Guachipelin: Birding North Guanacaste has a name: Hacienda Guachipelin, located at the foot of the Rincon de la Vieja National Park in the dry forest ecosystems, this the best place to bird the sunny open areas of the Dry forest and the volcanic landscape. Learn more… 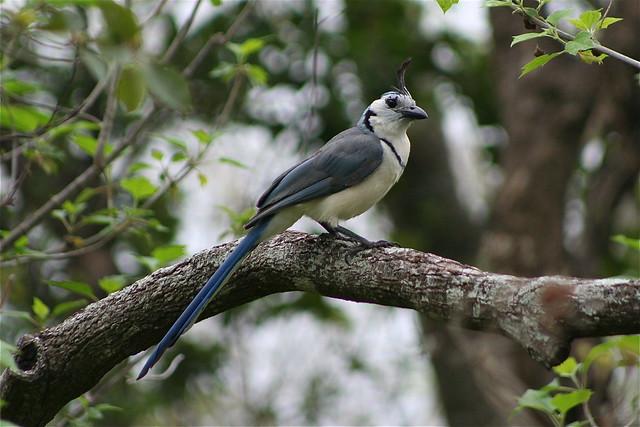 Have you visited all of them? what is your favorite one? let us know your comments and share.